Maize is a grass or grain that was domesticated in Mesoamerica and then spread throughout the American continents. And became popular as a widely used cereal grain.

Maize is commonly known as corn in some countries.

Maize or corn is widely used in many industries. Its main use is in food industry but it is also used for other products such as starch, oil etc.

It is used mainly as a human food and animal feed. It is widely accepted as an animal feed for cattles, piggeries, dairy feed, poultries.

Page views divided according to country of origin

Cameroon
Douala
Akwa Palace
Add this graph to your website 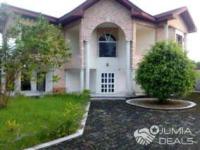 658,620.00USD
For sale
Villa
Cameroon, Douala, Deido, Douala
Why choose Realigro?
There are many reasons for choosing Realigro. We summarized them in this beautiful infographic
Free
and Premium Services Check out how easy it is to sell or find your home with our Free and Premium services
Professional Services Discover how to increase your business opportunities
Collaboration between Property portals Do you have a property portal with a nationwide focus? Publish your database on Realigro.
2005-2020 REALIGRO REAL ESTATE LTD. All Rights Reserved - VAT Nr: 893969932
Neikos Digital Agency
BB